A 2011 study of 91,642 US children, aged 0–17 years found “…an estimated 43% of US children have at least one chronic health condition. This increases to 54.1% when overweight, or at risk for developmental delays are included.” This was in contrast to only 13% having chronic illnesses in 1994. 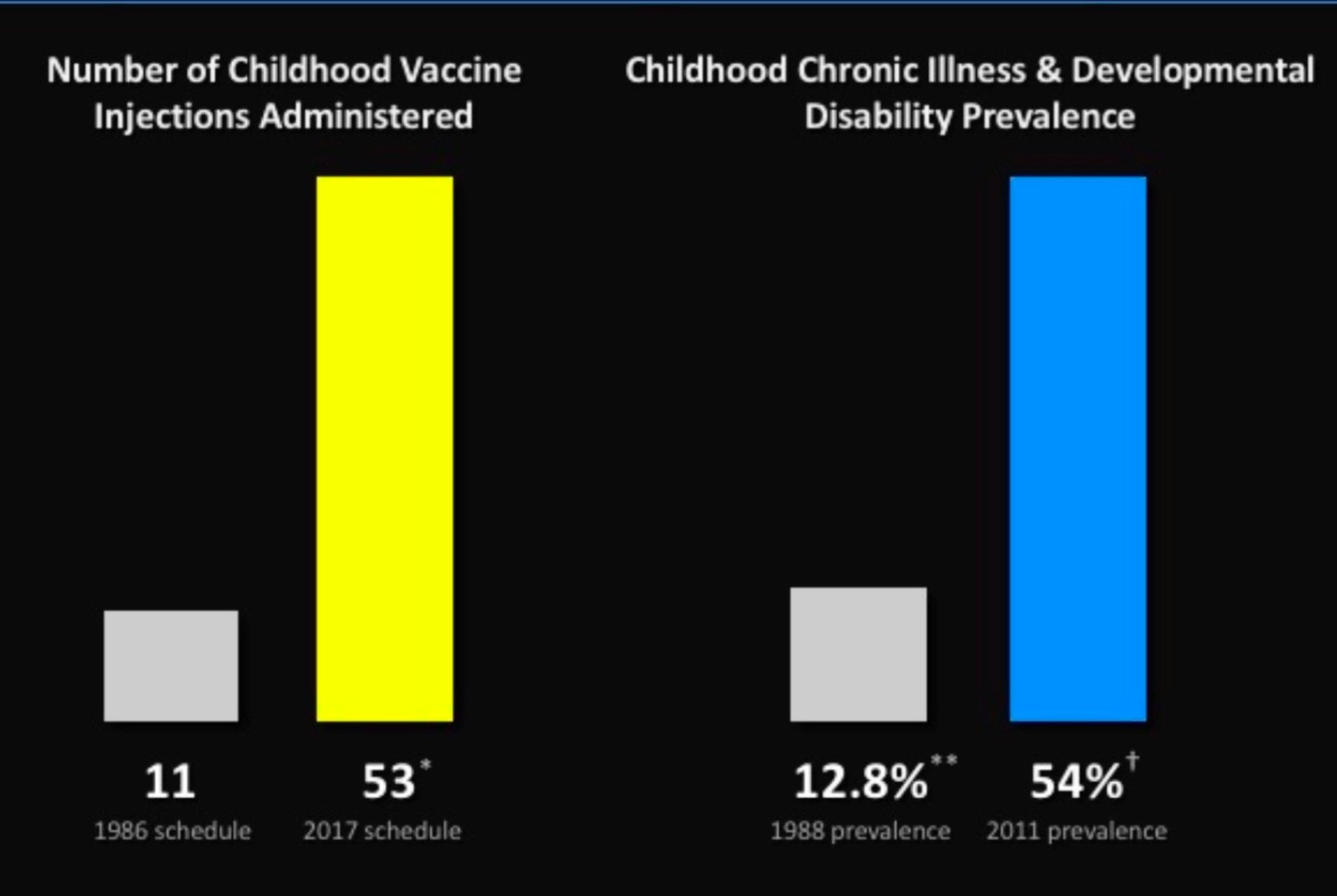 The absence of a rigorous follow-up study in the intervening decades is also telling. Much is known about the increasing negative environmental health factors due to the contamination of air, food and water. However, the risks associated with injecting toxic chemicals and inadequately tested biological products, no matter how small, directly into the bodies of young children whose immune systems are still developing, have never been adequately assessed.

Another study of children’s health in 2016 reported an increase in chronic illnesses between 2007 and 2012, although it didn’t give specific quantitative results.

Despite the lack of further studies, it’s likely this trend has continued.

A statistical breakdown of the study’s findings reveals: 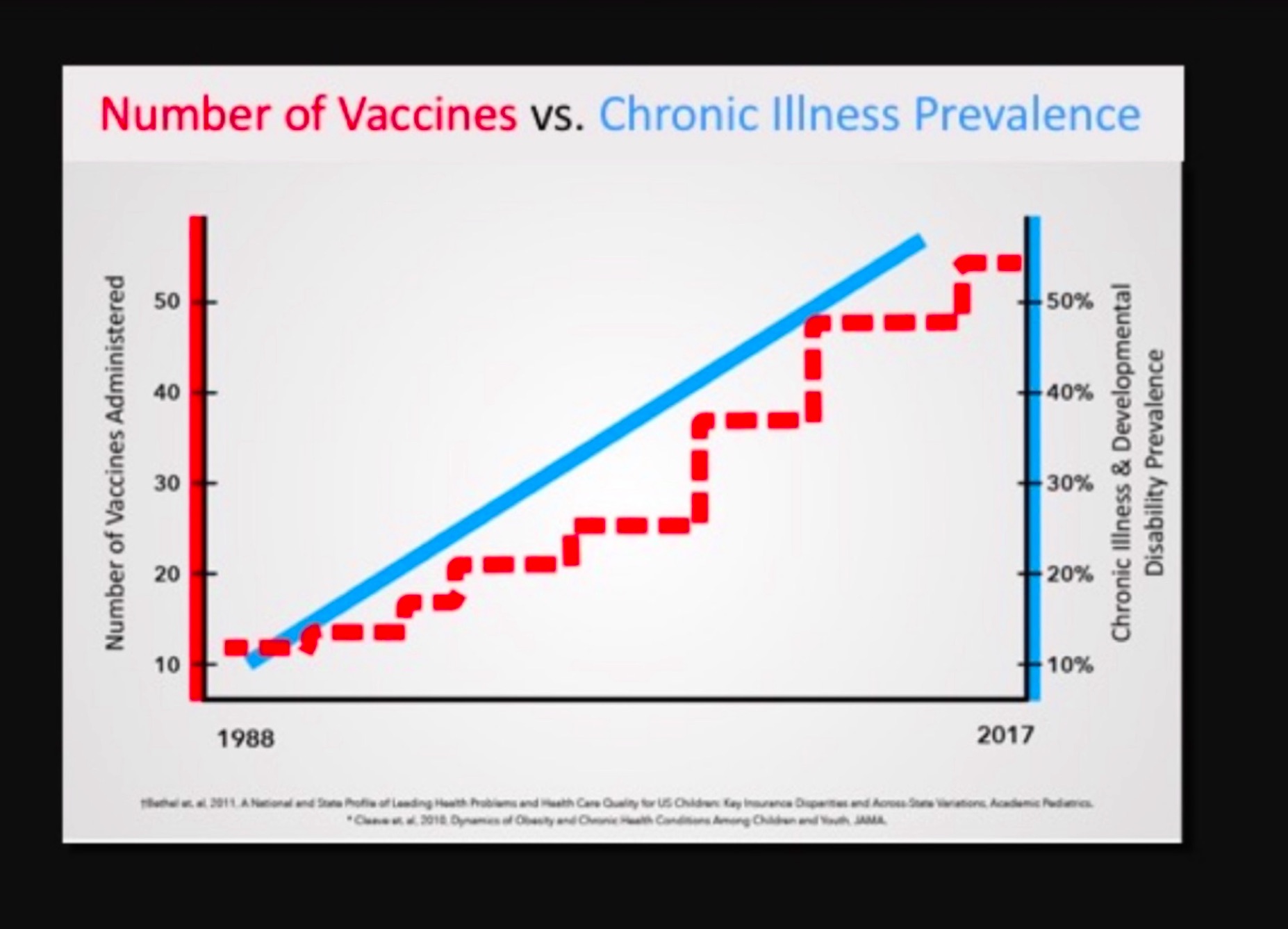 A small study in 2020, by Brian Hooker, PhD, and Neil Z Miller showed that vaccinated children had increased odds of developmental delays, asthma, and ear infections.

The study was immediately attacked by an unnamed source, which said, “Large-scale, reputable studies have not found a greater incidence of adverse health outcomes in vaccinated children compared to unvaccinated children,” citing a 2004 study refuting the connection between thimerosal and brain-injury.

This is another example of the logical fallacy explained in the first statement of this series—the impossibility of any study being able to prove that a connection between two factors does not exist. In the case of vaccine safety, only the continued absence of provable harm assures safety. The existence of any valid study showing a serious vaccine injury immediately invalidates the hypothesis that a particular vaccine is totally safe.

Also, citing these barely related studies reveals the absence of the much-needed large-scale, highly controlled studies of children’s health that have never been done.

The world’s most aggressive vaccination schedule, illustrated below, has not given the US the world’s healthiest children. It now ranks 35th in overall health outcomes—just behind Chile—making it, by most measures, including infant mortality, the sickest nation in the developed world. 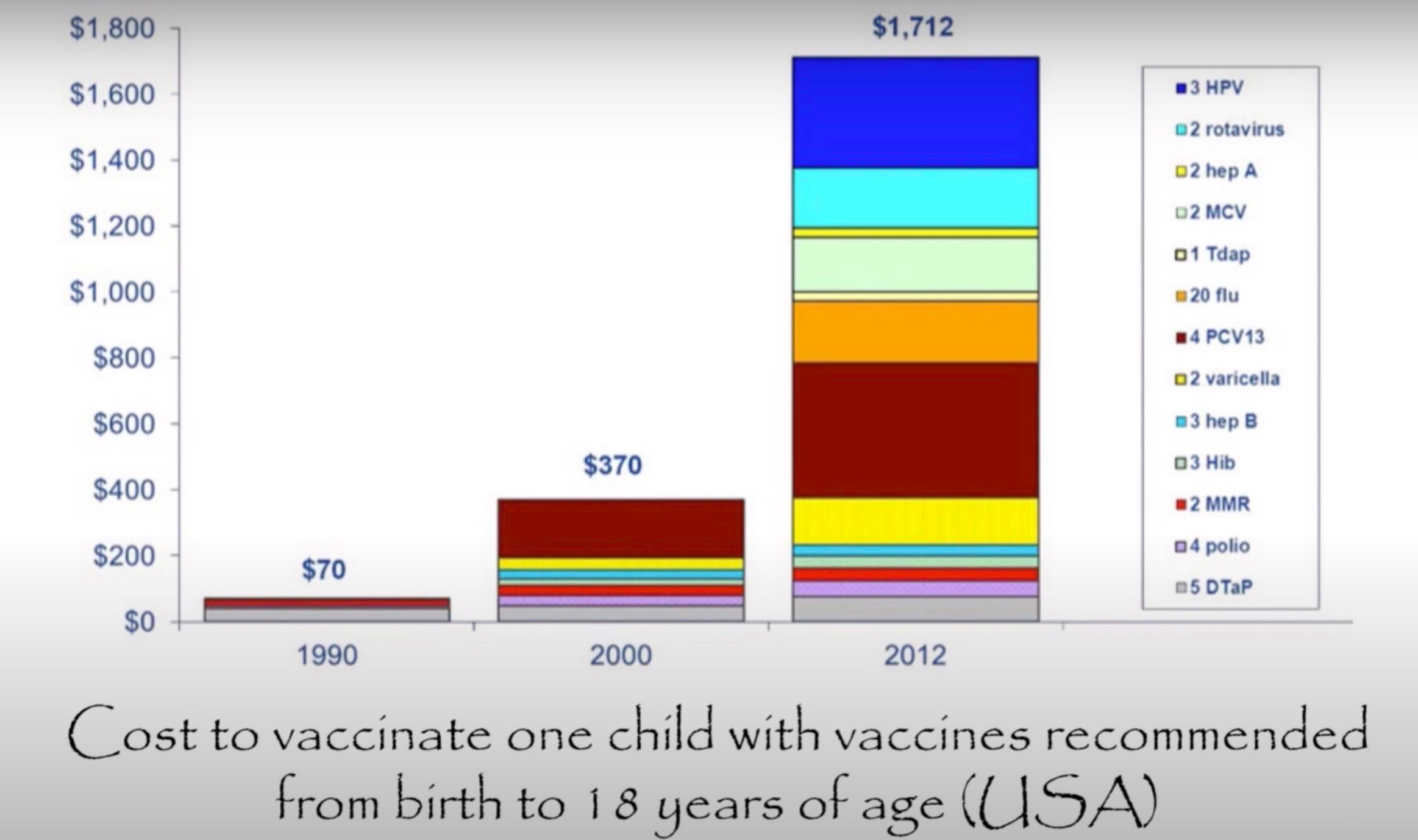