Those few paediatricians who support families that don’t—or minimally—vaccinate their children, have long noticed the radical difference in the health of unvaccinated, compared to their vaccinated, patients.

The majority of paediatricians, because they routinely vaccinate, will never see this difference.

The difference in the health of vaccinated and unvaccinated children has not been adequately studied scientifically in the US or Australia.

Until similar Australian studies are done and can be shown here, the evidence from US studies must suffice.

In 2017, a small study of 600 home-schooled children in four US states showed that vaccinated children had:

However, while there are only minimal consequences to children contracting chickenpox and rubella, those same vaccinated children, when compared with the unvaccinated, were found to have considerably more other illnesses:

A small 2020 study showed that vaccinations were associated with increased odds of developmental delays, asthma, and ear infections.

These graphs show the difference in these populations.
Note: the horizontal axis is age in days (click image to enlarge). 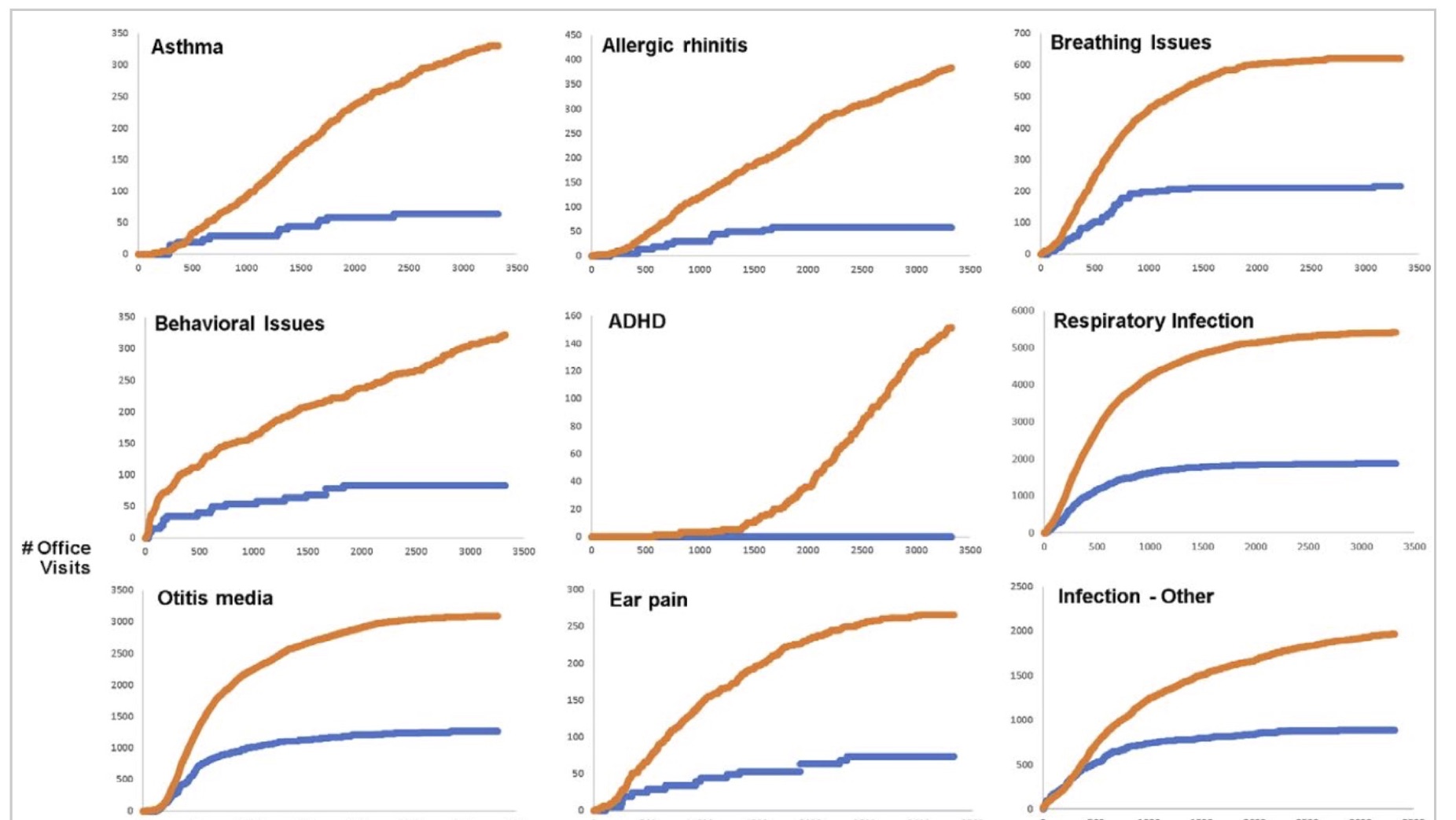 And still another pilot study, The Control Group Litigation, is designed specifically for a lawsuit in California that intends to stop, at a federal level, the nationwide march by many states to copy California in mandating the CDC vaccination schedule for children to attend school. Using a set of infographics, it graphically shows similar results (scroll down to “Our Case Documents” to see them).

A 14-minute illustrated video, “Do Vaccines Make Us Healthier?” summarizes the above four studies with more detail.

In summary, this set of graphics, compiling many related studies on different vaccines, shows how complex this problem is.

Interestingly in 2020, the CDC was forced to admit that they have no record of any studies comparing the health of vaccinated and unvaccinated children.

Because of the amount of money required for a large-scale, high quality children’s health study, the government is probably the only institution capable of funding it, yet they have been unwilling to do so.

Why not? The CDC claim it would be unethical to deprive some children of needed vaccinations—a circular argument because there is no incontrovertible proof that vaccines actually improve children’s health.

A more likely reason is they fear any negative results would jeopardize their vaccine programs.

Lacking any Australian data, given the similarities between the programs of the two countries, it’s likely that similar findings will emerge when this issue is finally studied properly.

Medical science has made such tremendous progress that
there is hardly a healthy human left. —Aldous Huxley